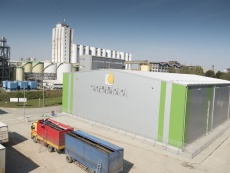 According to the consolidated business results in the period from September 2014 to August 2015, the so-called agricultural year, Victoria Group achieved more than EUR 380 million in sales revenue, a 15% increase compared to the previous agricultural year. An increase was also achieved both in the sales on domestic and foreign markets, while export generated over 40% of sales revenue.

EBITDA increased by EUR 10 million, or one third, as the result of better utilization of plant capacities, reduced costs of production, increased sales, and also as the result of the record-high purchase of oil seeds, an important prerequisite at the beginning of the agricultural year. Sojaprotein and Victoriaoil, members of Victoria Group that recorded the highest results, processed 500,000 tons of oilseeds – soy, sunflower, and rapeseed in total.

“Different factors have a negative effect on the business in the food and agriculture sector, both in country and abroad, but even in such conditions, we are achieving stable production levels and continuously delivering certified quality which meets European standards. Investments in energy efficiency, reconstruction and expansion of certain production lines enabled us to use the full processing capacity of our plants. One of the effects is also the expansion of export activities, which positioned us as the largest net exporter in the food and processing industry. During this agricultural year, we expect further increase in sales. Although we are starting the year affected by this year’s drought and more expensive raw materials, we have already secured the quantities required for the maximum capacity of Sojaprotein and Victoriaoil. We will keep our focus on the regional and EU markets, as well as the production and sales of products of higher level of processing” – announced the Executive Board of Victoria Group.